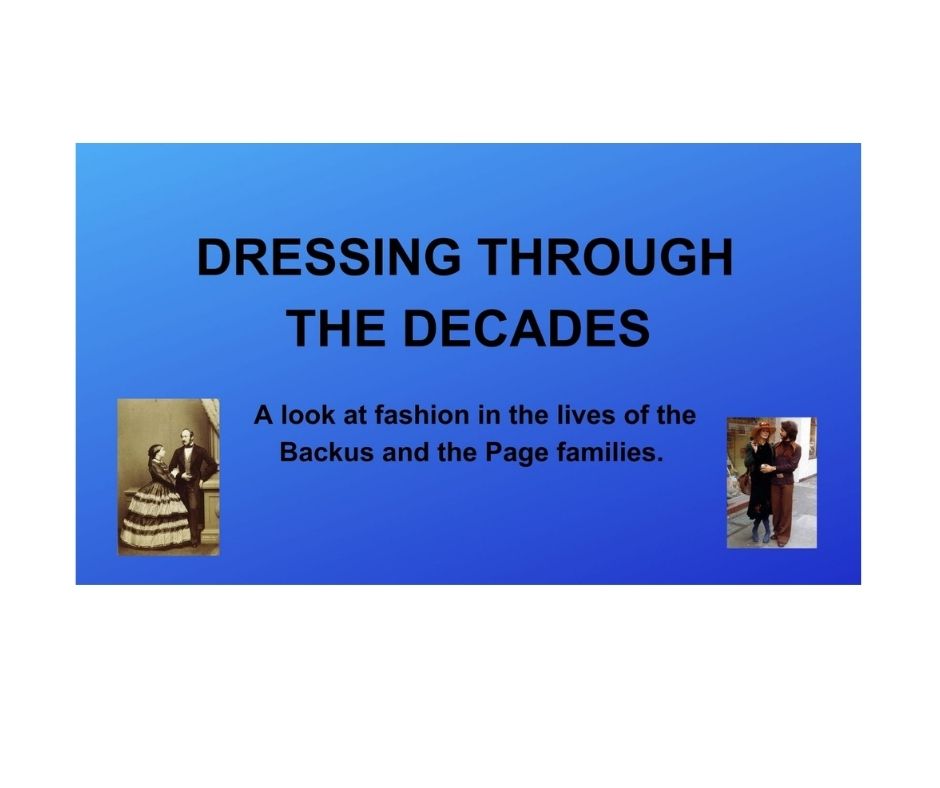 Welcome back to our Dressing through the Decades. This week we are going to take a side trip into the world of Denim.
The word “jean” started out in the 1800s, as a twill cotton cloth used for trousers. Blue jeans, now called “denim”, were originally made from this fabric, and manufactured in the French town of Nimes (bleu de Nimes). The most recognizable, classic jeans as we have come to know them were patented in 1873 by Jacob Davis, a tailor, and Levi Strauss, owner of a wholesale fabric house in San Francisco.

The copper rivets used to reinforce the pockets were appreciated by miners and other labourers, who complained about frequent pocket rips. Strauss and Davis initially made jeans in two types of fabric, brown duck, and blue denim, but the creation of the denim 501 style in 1890 helped the latter fabric take off. Design improvements were made when Strauss added a double arch of orange stitching for further reinforcement and to identify them as Levi’s. When Strauss and Davis’s patent ended in 1890, other manufacturers were free to reproduce the style. Belt loops appeared in 1922 and zippers replaced the button fly on most styles in 1954.

Publicity photos of actresses like Ginger Rogers and Carole Lombard wearing jeans helped convince women that the style was for them too. In the 1930s, Vogue gave their seal of approval, calling jeans “Western chic”. In 1942, the American designer Claire McCardell sold more than 75,000 of her denim Popover wrap dress. The wearing of denim for factory work during World War II helped bring it into use as women’s work wear.

In the 1950s, this new image spoke to consumers who sought casual leisurewear to wear at the weekends and on holidays. Marlon Brando and James Dean popularized the image of the denim-clad teenage idol with huge sex appeal; rock’n’roll stars helped cement the style as cool; hippies and anti-war protestors wore jeans in the 1960s and early 1970s to show support for the working class; while feminists and women’s lib organisers chose blue jeans to demonstrate gender equity. By the 1960s, jeans had come to symbolise the counterculture. Some high schools banned the garment, which only served to further enhance its status.

By the 1980s, a little over a century after their invention, jeans had become part of the everyday wardrobe of most North Americans, and many people throughout the world.