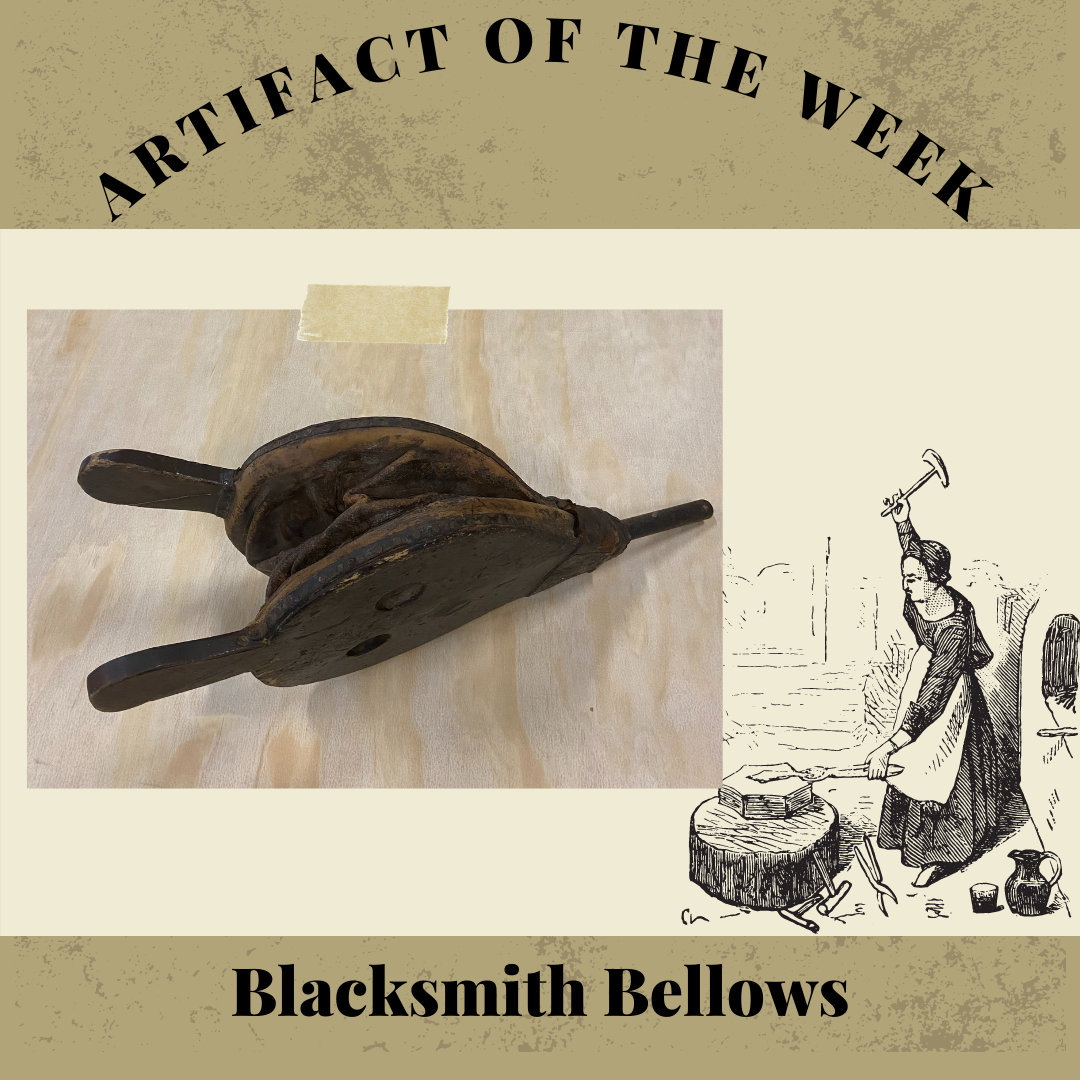 Blacksmith Bellows also known as; Forge Fan, Lungs or Blowers, were one of the most important tools in a Blacksmith’s shop. Its purpose is to supply oxygen to the base of a fire to add to the combustion process, making the fire hot enough to mold iron objects. Made from two wooden panels connected by a hinge, fixed between the paddles is a leather bag with a nozzle on the end. When pulled apart, air fills the bag through a little flap on the paddle. When the bellows are pushed together, the air escapes through the nozzle and into the base of the fire. In the 19th century, bellows were slowly displaced after iron hand cranked blowers were invented.