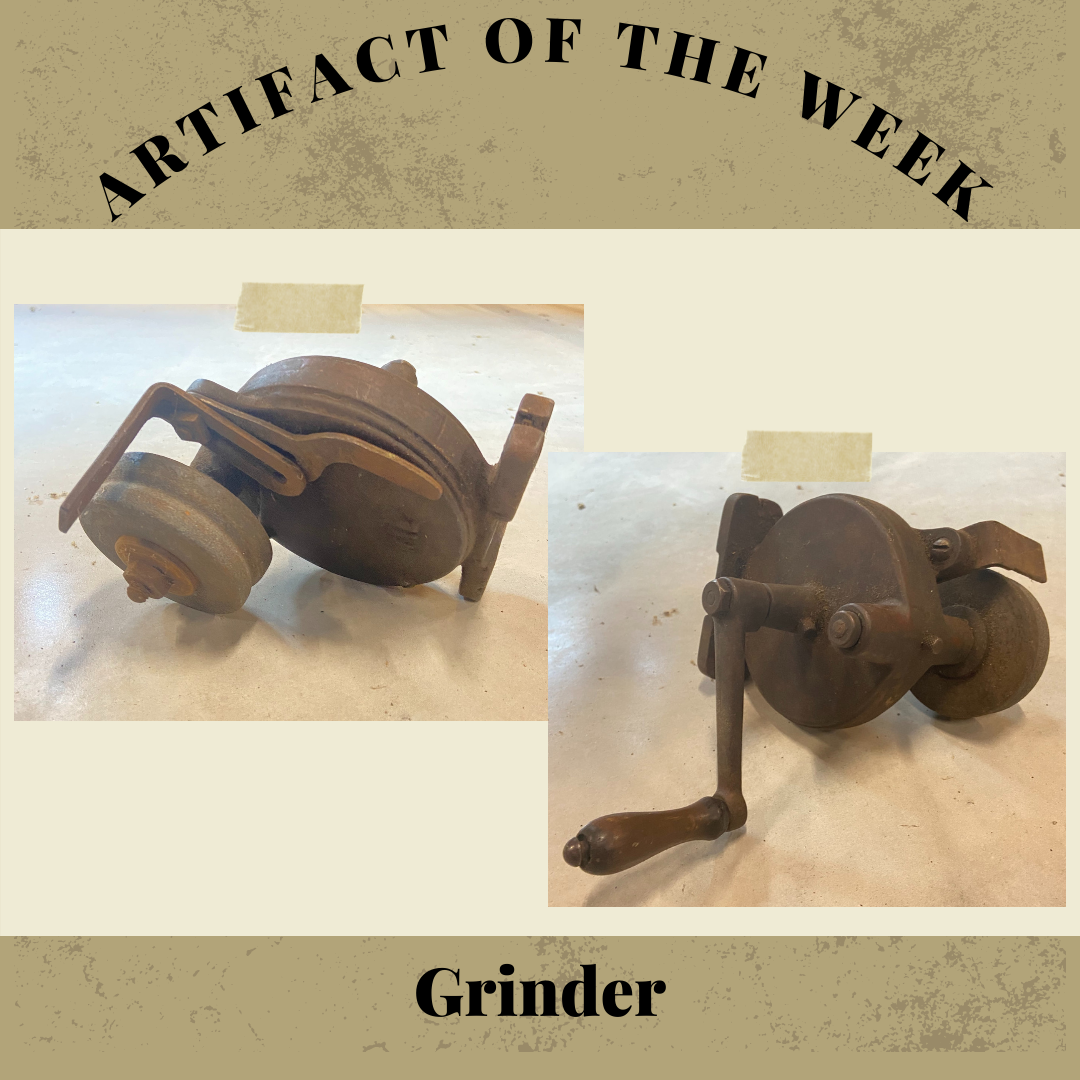 This hand-cranked grinder used to reside at a forge owned and operated by Ben Cowell. A hand operated crank is attached to the side with a sleek wooden handle. When cranked, the small stone wheel spins and the object pressed against it would file down. The stone has a small indent in the middle in which the knife, or other tool to be sharpened, would press against it at an angle. This angle gives the operator a more secure hold and allows the edges of the object to sharpen easier as opposed to controlling the angle by tilting the hand and trying to keep steady. This iron grinder would be attached to a table top via the small rectangular base and away you go with grinding! A hand-cranked grinder could have been used for sharpening the edge tools of a carpenter or could also be found in a forge. This was a common piece of equipment to keep around the barn to sharpen your tools faster and more efficiently. As years went on the hand-cranked grinder was replaced by an electrical grinder, so little man power was needed. To make objects extremely sharp, the object would first be pressed against a low grit stone before being grinded by a higher grit to finish off the blade.