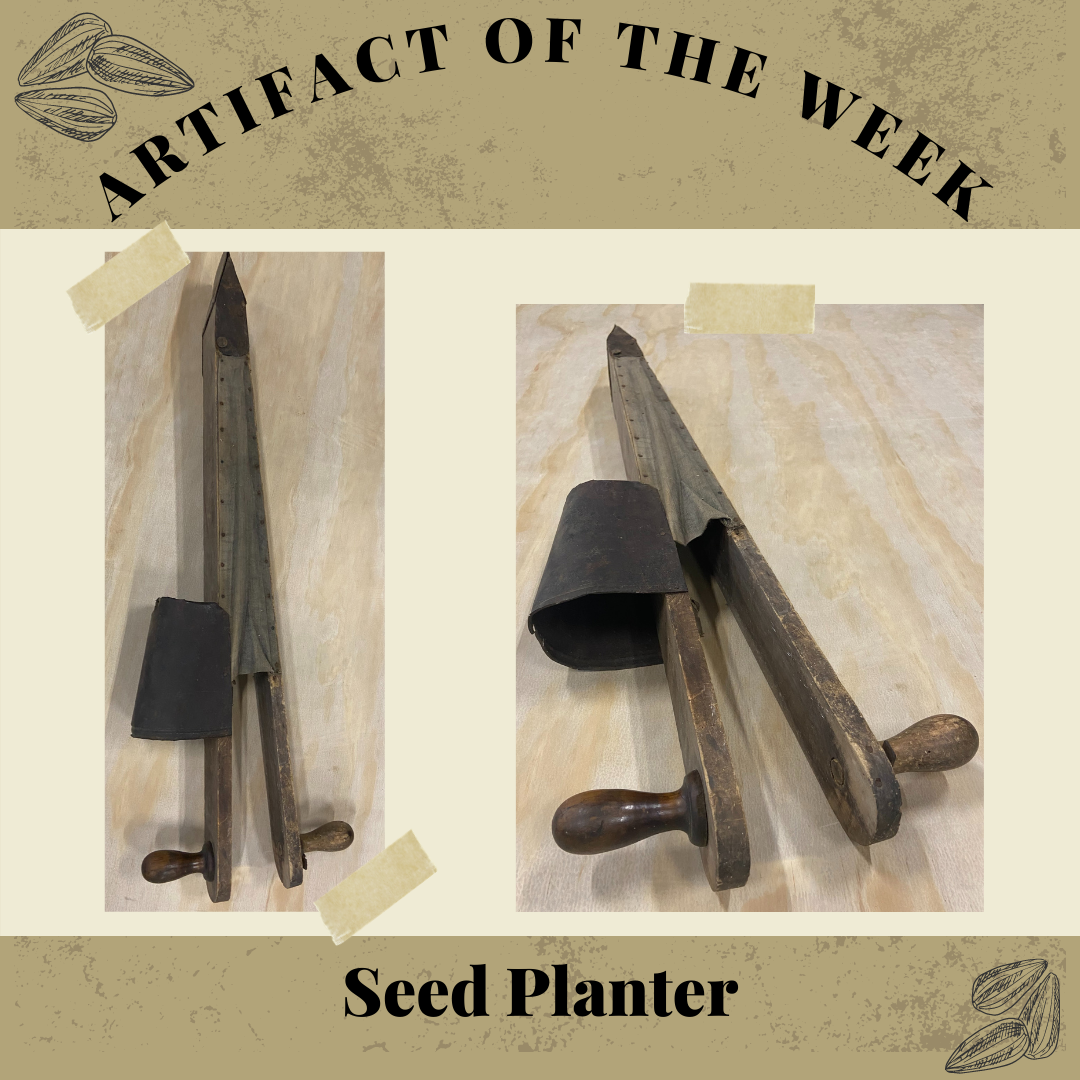 This is a seed planter commonly known by farmers as ‘bill picks’ or ‘corn jabbers’. In the mid 1800s and early 1900s, these hand held planters were very popular. There were many different styles of seed planters, though they all operated on the same principle. The most common seed planter is like the one we show here. It has two upright, flat boards that hinge together at the bottom by a nose-piece. Connecting the boards is material fixed on both sides to keep the seeds from falling. A seed can is attached to the side of one of the boards and handles on top of both. To operate the planter, the boards would be held apart. The nose-piece would then be stuck into the ground, and the handles pushed together. This opened the bill/nose-piece and released the seeds into the ground. Farmers take pride in nice, straight checkrows. So the operator of the corn planter had to know where to stab the gadget into the ground. To aid in this, row markers where designed. As time went on, innovations lead to quicker planting and more successful harvests, and the hand held corn planter was displaced.