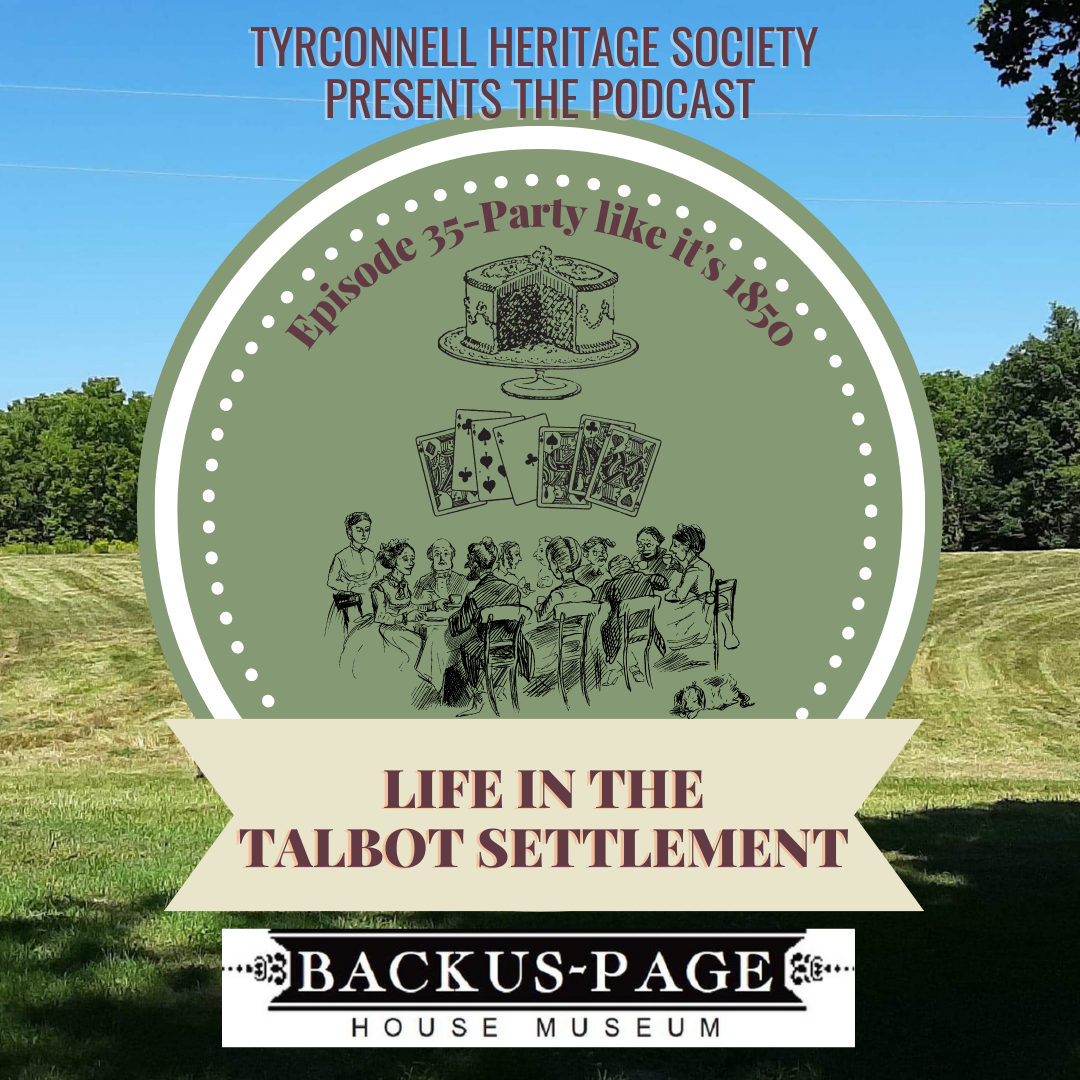 The Victorian housewife was expected to make and purchase decorative pieces to beautify the home. These items would enhance her potential as a wife and surround the family with objects which reflect their status to guests.  The social significance of the dining room is indicated by its furniture and decoration. In the early 19th century, dining rooms were multi-purpose containing furniture not related to dining, such as sofas, and lounge chairs. By the late 19th century dining rooms contained furniture specialized for dining. China cupboards, sideboards, and sets of chairs.

Dinner parties were good entertainment for people of all ages. Married couples, middle-aged, and unwed people. All the people present were to be of the same status and no more than 3 members of the family in attendance. Invitations were sent by hand in the name of the gentleman or woman. These were sent between 2-10 days in advance and to be answered immediately. To not show up was a great disadvantage to one’s reputation and disrespect to the host. Dining began punctually, usually between the hours of 5pm-8pm. In the countryside dinner began earlier. Many books from that time discuss the importance of introducing the guests, escorting them to the dining room, seating arrangements, the food served, and the type of conversation and its pacing. Afterwards the success of the party would reflect upon the worth of the wife to her husband.

Let’s discuss the etiquette and steps of a 19th century dinner party. After arriving at the host’s residence, the guests begin the night with introductions in the sitting room or parlor room. Afterward they are escorted by the host to the dining room. Upon being seated, the napkin should be placed on the lap. It is customary for the host and hostess to be seated opposite each other, at the side of the table, in the center. A series of rules govern the actions of those seated, most of which involve the proper use of eating and drinking utensils at the table. In terms of seating arrangements, men with similar careers would not be seated near each other. This is because the topic of work would dominate the conversation, deadening what would otherwise be a lively and engaging environment. The men would instead be separated by at least one seat to ensure that everyone mingles amongst each other equally. Eating too much or too little could cause others to see you as gluttonous or too dainty. To eat sparingly, the host might assume the guest does not like their meal. And to eat too much can be seen as disgusting. To abstain from taking the last piece of a dish could amount to an insult towards the host. This common habit that we still see today, trying to be polite by leaving the last piece for others, was seen as a great unmannerly action.

Some gentlemen would remain at the table after the ladies had retired, to indulge in wine, coarse conversation, and obscene jokes. The more enlightened practice was for the ladies and gentlemen to retire together from the dining table. It is expected that guests will linger for two or three hours after dinner. In any event, no one may politely depart until at least one hour has passed. Amusements after dinner were quite a hit. Games like charades, ‘the messenger’, card games like euchre, bridge, and chess would all be played. Music would often be played by one of the ladies on the parlor piano or organ. On such occasions short musical pieces were a favourite amusement. This time in the evening was very relaxed and leisurely. Guests rarely stayed long in the drawing room after dinner, eleven o’clock being the time at which the dinner company usually dispersed. It was not unusual, however, for a host and hostess to receive evening company after dinner by invitation.

In upper class families, after the meal was over, the servants served water-filled finger bowls, each containing a slice of lemon or flower petals as a part of the Victorian dinner party etiquette. To end the party, the hostess would make strong eye contact with the lady seated to the hosts right and then stand up. It was common practice that the ladies would leave the table first. The men’s task being to open the door to let the ladies retire to the drawing room. Afterward, the men either remained at the table for more conversation or headed towards the library or parlor to enjoy a fine cigar and a glass of whiskey. If you would be interested in more in-depth information on the utensils, and food served at a dinner party let us know by commenting and we’ll see about making a part two in the future!

Within one week, a brief “dinner call” was used to express thanks to the host and hostess, and to briefly reminisce over the delights of the evening. When thanking the host, the guests would stay for no less than ten minutes or more than twenty. If the host or hostess of the dinner party were not around the visitor would use calling cards. Calling cards were essential social accessories and leaving one’s card at a friend’s house was a way to say you had called, in other words, visited. If the recipient wasn’t home a servant would accept a calling card or the card would be left in a silver tray in the entrance hall. A tray full of cards was a way to show how many friends you had, and the most important person’s card was usually left on the top to impress others. Calling cards would also indicate the purpose of the call. This would be done by turning a particular corner. The upper right meant the friend came in person. The upper left meant a congratulatory visit. The lower right meant they were leaving on a trip and the lower left meant the guest was paying a condolence visit. The use of these cards continued into the early 1900s, however the turning of corners ended around 1890.

At home, there was a specific visiting period in the day, week, and month. Most houses receive friends and acquaintances from 12 – 5pm and in the evening until 9pm. Food would be set on the buffet, dining room table, or small tables in the drawing or parlor room.

Not every occasion on which people shared meals was formal and etiquette ridden. Teatime is the perfect example of this. Tea was served at breakfast, supper, and at 5 o’clock. Tea parties were very significant for the middle-class Victorian women. These occasions were one of the most important forms of social activity for women by counteracting isolation from the confines of the ridged societal norms. Food served at tea parties was seen as delicate and “feminine”. Thinly sliced white bread which was lightly buttered, cucumber sandwiches, cupid’s cake, and gingerbread for instance. Tea-Parties weren’t always just women conversing about gossip, family, friends, or intimate details of daily life. Some weekend or late afternoon tea-parties included men. These were often referred to as kettledrums. A great deal of noise and a little food would be present at these gatherings. The tea-party provided an informal atmosphere where people were encouraged to flirt and court.

Afternoon tea became very popular in the 19th century. Trays of silver spoons, sugar, cream, cups and saucers. Fruit, bread, and tea biscuits were usually eaten. Molded butter was used as a center piece surrounded by cake, cheese, and a pot of tea.

Special events or gatherings were limited in rural communities. At most occasions in the countryside, the people took a casual approach to manners. There were few events however that demanded strict protocol. Chivarees were very popular events in which members of the community would get together and make great noise, demand drink at newlyweds’ homes, and if the couple fail in serving them, the crowd demands enough money to head to the tavern so they can drink to the bride’s health. You may have parents or grandparents who participated in chivarees. Ask them next time you see them, chances are they will reply with funny stories of pranks and fun times. Another common social gathering for our settlers was bees. In settler times, no one worked alone. Bees were a way for the people in the community to come together and socialize, while also working together to do a specific task. Invitations to these gatherings were essential for work bees. Men and woman both had these types of social interactions. For instance, logging bees and barn raising bees were for the men, though women would participate in cooking for the group. Two meals would be prepared by the women while the men worked, these meals were then served midday and evening. Women of the settlement had quilting bees. At quilting bees, the women were also expected to prepare the evening meal for the men.

Of course, we can’t talk about Victorian gatherings without mentioning taverns, hotels, and inns. Everyone ate together in a bustling, noisy, and informal manner. A bell or horn would be sounded off by the innkeeper if he had any pretensions. Men would rush in and finish in 10 minutes. These places were very informal. To compare, at formal dinner parties one had to be knowledgeable on the correct utensil to use for each dish, whereas in taverns, hotels, and inns, knives were often used as forks.

Garden parties and picnics were also a very popular form of fun. Mostly among the upper to middle class, these sorts of events took preparation. Small orchestras, games of cricket, lawn tennis, archery, and buffet tables under marquees displaying elaborately decorated cold food. These parties would be situated outside usually in the host and/or hostesses flower garden. Picnics were seen as a day of pleasure. Table etiquette was withdrawn from these scenes and replaced with the responsibility of the women setting the food. The food would be cold such as sandwiches, salads, cheeses, and pastries set in baskets and spread on cloths in the grass. The men were responsible for arranging music, games, boats, and over all making the day an enjoyable occasion.

Those in our settlement who witnessed Colonel Talbots great exertions and efforts, did not fail to commemorate the day of his first arrival. The 22nd of May was marked as one of festivity, dining and by a ball! Talbot never failed to attend the annual party and share the joy. In fact, Colonel Talbot led off the first dance at 3 score and 10 years or 70 years old. After the crowd of settlers replied to the King’s health, the Colonel would raise and give a toast “God bless you all”. After dinner was concluded and all the toasts had been made, the ball commenced. The event was full of a mixture of scarlet, gold, blue and red decorations and fine dresses, a full military band, sweet music, and dancing. Slowly the grand celebration of the anniversary came to an end. The older settlers dropped off, observing that it had become too refined, and the original purpose of the event was lost in sight. After being kept up by the community for a quarter century, the ball was discontinued.

So, there you have it, we covered the ins and outs of strict dinner parties, the splendor of tea and garden parties, parties attended for courting, and the grand Talbot Ball! The 19th century party scene was full of strict etiquette, good food, and fun times. So, would you party like its 1850?